Richard Rycroft's presence on the internet

A little poem for you. Read it nice and rhythmically, in your best Mancunian accent 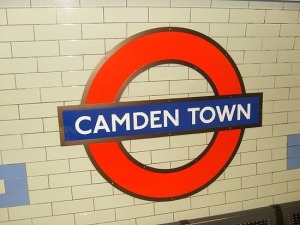 I was walking down to Camden from Chalk Farm

A spring in my step, shooting pains in my arm

As I passed through the hordes of trendy young things

I felt the ache of alienation age brings

Once upon a time you know, way back when

In the days of punk, I could’ve been one of them

I never really was of course, I never had the legs

Put that lot together, you can’t help but look the goods

But it’s the hair! The hair! That’s what you most remark;

The girl outside the street cafe, the wino in the park,

Yes, everyone in Camden looks like John Cooper Clarke

Well, someone must’ve started it, perhaps just for a lark

Some Sugar Puffs aficionado down by Camden Lock

The chuggers and the muggers who will rob you after dark,

The cops who’ll never catch them, even the coppers’ narks,

Now, Johnny Clarke’s a hero, I’m telling you the truth

He nourished me with poetry when I was a troubled youth

With Chicken Town and Beasley Street and the Innocents EP

So if his soul inhabits Camden, Camden’s where I want to be

A town blessed with individuals who live for making art

Painting, poetry, music with a heart

Although the young bucks and the musos make me feel I’m from the ark,

Cos everyone in Camden looks like John Cooper Clarke

2 thoughts on “Everyone In Camden”